Posted on September 6, 2013 by memoirsofahusk

How do you feel about secrets?

I love the idea of secret gardens. Valleys unlocked by a spell. Mountains where dragons lie hidden.

Places where magic happens. Where the sun beams down on gentle hills from a forget-me-not sky. Where a crescent moon casts a silver light on a gentle sea by night.  Where nightingales sing and the scent of violets perfumes every breeze.

Enchantments for a prosaic world.

But I hate being told secrets. Knowing things I’m not supposed to know.

A confidence from one friend meaning I can’t console another. Secrets I’ve sworn myself to keep – because confessing would hurt a loved one more than keeping it hidden forever.

I’m good with that kind of secret, even if it pains me. I find it  hard, though, not to tell the world about places that – be honest – I don’t really want them to go. But the other day, at one of my favourite places, I had some help from an unexpected quarter.

…We’re driving west along the north Wales coast. Ahead, forbidding grey shapes stand stern, gateposts to a hidden world, locked by a spell.

The open-sesame’s simple – ignore the sinister mountains, their ‘abandon hope all ye’ intimidation. Persist. The sharp grey shards will turn into hills of green and gold as you draw near, welcoming you in.

Before you know it the Llyn peninsula has opened up before you. A secret world. Sort of. And beautiful as can be.

We settle in at our seaside cottage. Wake early. Decide to visit a woollen mill.

I can’t resist old mills – anywhere things are made. So this is a treat.

But the mill doesn’t want to be found.

It’s named after a place that’s marked on the map – but that’s not where it is. That would be too easy.

The signs on the road – embellished as they are with red dragons – have been placed for maximum obscurity.

And Anthro-man’s innate – and normally accurate – personal navigation system has been scrambled. By wizards, we reckon.

But somehow, after many wrong turns, we make it. And we step inside, the only work-shy tourists here, to the sound of clacking machinery.

Around the corner I spy through a window that the mill wheel’s working. Never seen that before. I take a little video – just a few seconds – capture a bit of its life.

We clamber two flights of very steep steps to the shop.

It’s quiet. Closed at weekends –  and on bank holidays, like the mill.

No tea room. No lavatories. No honey or fudge for sale.

We’re in the market for a pair, size 11 (not mine) and a bedspread woven from undyed wool.

A woman appears, like a character from a Bronte novel. Silent. Hands together, one on the other, in front of her midriff.

‘I’m sorry,’ I say, ‘I only just saw the sign about photography.’

‘It’s private property,’ she says, jaw trembling with anger – or fear, ‘we can’t allow that, we don’t know what you’ll do with it.’

Fool that I am I think she’ll understand.

‘I’ve been coming since I was a child, I love this place, I was going to blog about it.’

‘Is it for health and safety reasons?’ I persist.

‘We don’t know what people will write. It’s private property.’

No point telling her I only want to write kind things.

A man we recognise from previous visits emerges and we try to put some enthusiasm back into our shopping. Leave with our bedspread and size 11 socks.

Loath to let it spoil the day I talk myself through it.

Think about the many discussions we’ve had these past few years.

When is enough enough?

Is it all the fault of shareholders, as some in the media say?

Or is it simple greed?

Greed of bosses. Greed of shareholders. Greed of people who’ll buy any rubbish dipped in chocolate now Cadbury’s been globalised beyond all recognition.

I think about that anxious woman who runs an old, gem of a mill. A mill that uses only Welsh wool, despite temptation from New Zealand. A mill that’s set in a location that possibly doesn’t exist, protected by spells. That makes no concessions to this mercenary world.

And although I’m a little peeved about the pictures, I respect the way she feels. Enough – is enough.

Enough that the mill will carry on for a good long time to come.

I’m not going to tell you its name. But I will tell you it’s not Trefriw. That’s the other working woollen mill in northern Wales.

Trefriw has a tea room. Sells fudge and honey. Has lavatories – his’n’hers.

I love Trefriw too. It’s just – different. Not secret.

Findable without an abracadabra. To prove it, I have pictures. 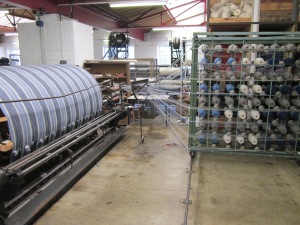 But promise me, once you’ve finished reading this, you’ll forget all about the Llyn Peninsula. Or I’m afraid I’ll have to loose a plague of boils on you. Or toads. Or both. 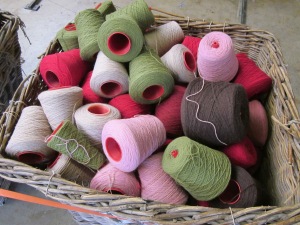 6 Responses to Secrets, dragons and mills