Who you calling a sissy?

It’s meant to be derogatory, isn’t it? Calling someone a sissy. Sad to think that it started out as ‘sis’ meaning sister.

As an insult it’s usually applied to males displaying signs of fear, cowardliness, timidity. The implication being that’s female behaviour. That the female’s role is to be weak.

Better, I suppose, to be called a ‘big girl’s blouse’, at least that has a bit of character and movement to it.

As a sometimes-blouse-wearing woman, I can’t help feeling that as an insult – as applied to males, again – it’s a bit, well, insulting to women.

Then there are the rather more intimate insults.

It’s new to me as an insult, fanny, when used to describe a man.

It came to my attention the day after Boris the buffoon (non-gender specific as far as I am aware) Johnson was appointed to the British Government’s Cabinet as Foreign Secretary. (I still can’t really believe it).

I was scrolling through the usual mess of comments and insults on Twitter, vowing never to look at it again, knowing it would make me flail around in frustration and despair for the world, when …

… someone Tweeted a picture of some Glasgow graffiti. Which read:

“Boris Johnson is a pure fanny”

Among the thread of comments that followed, a couple of kind souls explained to Americans who thought they’d got the joke – they hadn’t.

Here in the United (still just about) Kingdom ‘fanny’ means (sorry about this, close your eyes if you’re sensitive to descriptions of private parts) vagina, not arse, ass or bottom.

Inwardly I felt cowed (I wonder about that one? Unfair to cows?). I knew what would happen next, but still I was disappointed. Sure enough, there among the comments were the usual forthright souls, confirming to their American peers that it’s much more offensive, for a male, to be called a vagina, rather than a mere bottom.

But I’m still confused. I mean, ‘pure’ fanny? Glasgow, is that a generic local insult? Or is it reserved for fannies?

So far so female. The insults.

And a digression into knobhead, dickhead, wankers and prick territory does tend to the conclusion that this is a peculiarly female problem.

We rarely damn females as dickheads, knobheads, wankers or pricks, after all. In fact I never do. In fact … well, never mind about the insults I do and don’t use. Let’s keep with the illusion that I’m a kind, considerate soul who speaks only in gentle words and fulsome praises.

And I’m not taking this much further, don’t worry.

But, I’m sorry, I have to come back around to that other word. The one that’s still regarded as pretty much unsayable in polite company.

The word beginning with a ‘c’. Still rarely used in everyday speech here in Britain, but when written in anger, often preceded by ‘total’.

And, men, let me ask you. Don’t some of you actually like this particular part of the female anatomy? Why, then, reserve it for your most ‘total’ abuse?

I’m leaving it at that. I’m no expert, this is as far as I can take it.

To which I say, what the Foucault? 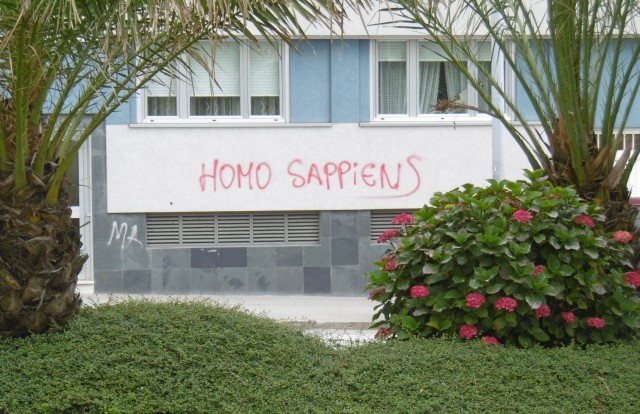 Like Loading...
This entry was posted in Thinking, or ranting, or both and tagged arse, Boris Johnson, bottom, dickhead, fanny, Foucault, Glasgow, insults, knobhead, language, vagina. Bookmark the permalink.

23 Responses to Who you calling a sissy?