Life, death and the choruses of dawn

You don’t know how lucky you are.

In my head are two other blog posts, desperate to escape.

One about the futility of life, which features a waking nightmare. I was thinking my last thought, comprising very few words, which rattled around in the empty tin-can of my brain.

You have been spared.

Instead, at Eastertide – that time of lambs, eggs and resurrection (no ‘bunnies’, sorry, they’re not part of my cultural Easter landscape and I prefer the topic of hares – a deep, dark, witch’s-familiar subject of its own) I think it is more appropriate to offer you something more – um – cheerful.

And I promise to try. But success is not guaranteed. Because I’m not feeling chirpy.

The birds, however, are – and the blossom’s looking perky. 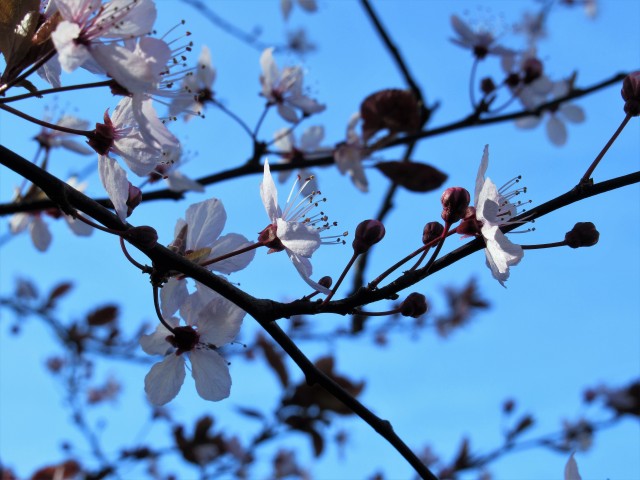 As regular readers – well, those of you who don’t skim [I know who you are] – will have read, we suffered a bereavement lately which took my husband home to the USA to be with his family.

I was, therefore, home alone. With a little time to think. And, more importantly, time to sleep late in the morning.

When he’s away I sleep upstairs in our upside-down house, in the den, where we watch television.

In the morning I’m therefore next to the kitchen and can make a cup of tea and return to the sofabed and stare out of the window. 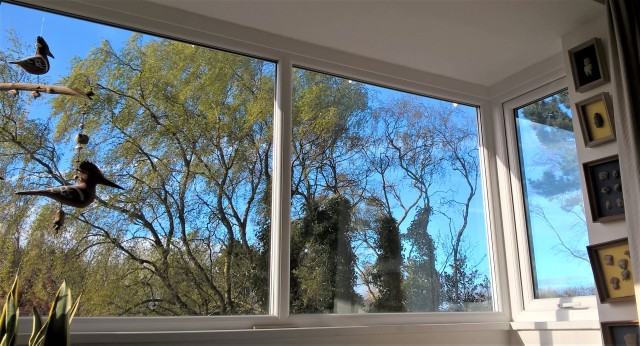 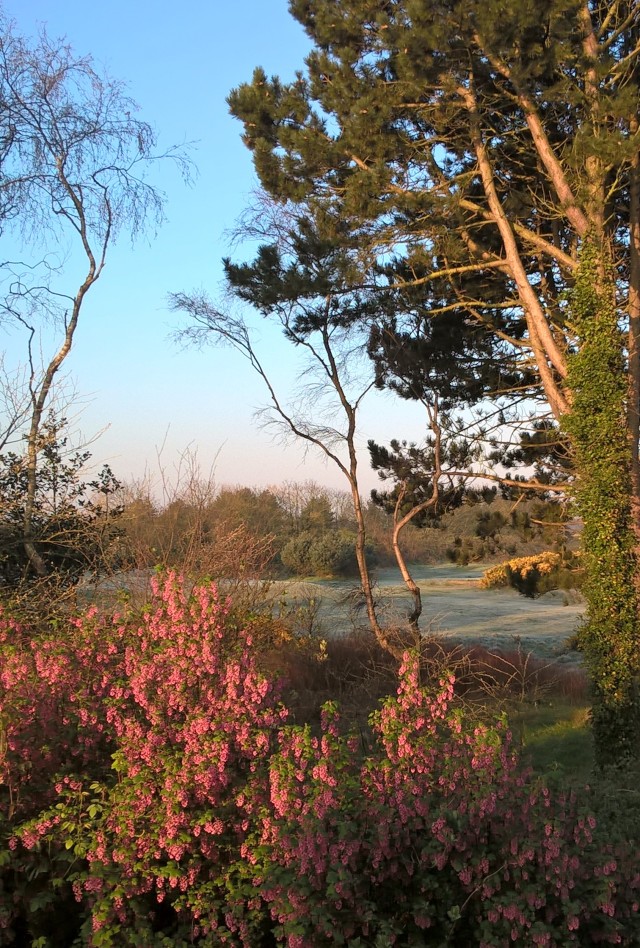 The grass is not frosted, it’s a wealth of pearly dew

On sunny, blue-sky mornings, the trees can be a fretwork. Swiftly changing scenery on nature’s vernal stage.

At night, stars  scintillate behind their moonlit skeletons.

Upstairs I dare to open the window wider than in our ground-floor bedroom.

And there’s one overlooking the trees, which lets in only the natural sounds.

In the morning, birds and bees. At night, wind blowing in from the sea. And occasional Little Owl.

I don’t hear the bats flit. But flit they do.

There’s been much to-ing and fro-ing in my empty-can-of-a-brain these last few months about Nature.

Partly because I’ve been writing a further instalment of my first Mother Nature tale.

Partly because I’ve been watching her. And reading about her.

Spring, I’ve learned, was for centuries the beginning of the English year. Till 1751, in fact.

The Roman occupiers, whose roads we still use, regarded March as the first month of the year. But that wasn’t the reason for the English Christian year-start.

No, March 25th was Lady Day. The day that celebrated the Annunciation – and thus the  conception of Jesus in Mary, his mother.

But. Wind that clock back a bit and it becomes a little less celebratory of motherhood (in my, currently dark, opinion).

The Venerable Bede (born 673 AD), ‘Father of English History’,  believed that 18th March was the date when God began making everything that is, or was, or will be.

Bearing in mind the creation story, this would mean that the sun moon and stars were made – and time began – on 21st March.

That Adam would have sprung to life on 23rd March.

And that the fall, the tempting by the serpent, the eating of that apple, would have been on 25th March. When…

Oh, it’s been a long time in the making this woman-blaming thing—

Oops. sorry, wrong blog. Give me a moment.

But one thing I like about this little historical vignette is that it makes the earthly spring a much more cosmic phenomenon.

Set aside the God of the Christians for the moment.

In fact, set aside all gods, of all descriptions. 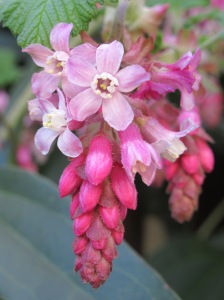 We’re now in April, in England. How different the temperature, the weather, the trees, flowers, birds and insects – how different everything is here, from the equal latitude below the Equator.

But, any day now, we hope to see the first swallows. Who have flown thousands of miles from the other place where spring is autumn.

We already have our bumbling bees battering their poor little heads against our windows.

The baby blackbird is flopping around on the grass, being fed by Blackbird Daddy.

The haze of apple-green froth that laces the trees grows frothier every day.

And on my lonely, somewhat sad and mourning mornings, as I tried to linger with Morpheus, a song would percolate through and serenade me awake.

First a hoarse trill somewhere. Then the silken ripple of the blackbird, the gentle cooing of the (otherwise wretched) wood pigeon, the peeping of the robin, the chittering of the little-brown-jobs and finches, the cawing of the rooks and, occasionally, far above, the lofty wail of the seagulls.

But, there’s another dawn chorus, out there, waking celestial sleepers.

A chorus for a cosmic dawn.

A song sung in space.  Captured by soaring machines, spinning through the universe,  between potential worlds.

Rockets sent by Europe, to listen and to learn.

Here. Listen to the waking universe *

Hope, if not spring, or humans, is eternal.

See the source page and other amazing sounds like the Wailing of the Leonids here     :

16 Responses to Life, death and the choruses of dawn