Of birds and ponds, of war and peace

Posted on January 24, 2018 by memoirsofahusk

Walking round one of my intangible charms, in the first week of the new year, I was struck by a sound. Loud, persistent – and arguably cheerful.

And no, I don’t know how that sounds, but imagine it comes somewhere close.

The birdsong – they’ve been silent for so long – should have made me smile, but, no, it made me sigh. Ah well, I thought. The days are lengthening, nights waning, soon it will be spring.

Reality can’t be avoided. Well, not entirely. And I’ll enjoy spring when it comes, despite my moaning.

Which is more than could be said for the reality of that walk.

Because vying for prominence with the ‘tea-too’ bird came the dreaded whine of chainsaws.

In a nature reserve.

Well, at least I’d missed the grass mowing. And parts of the ponds were still fringed with rushes, swaying whenever a breath of breeze snuck by. 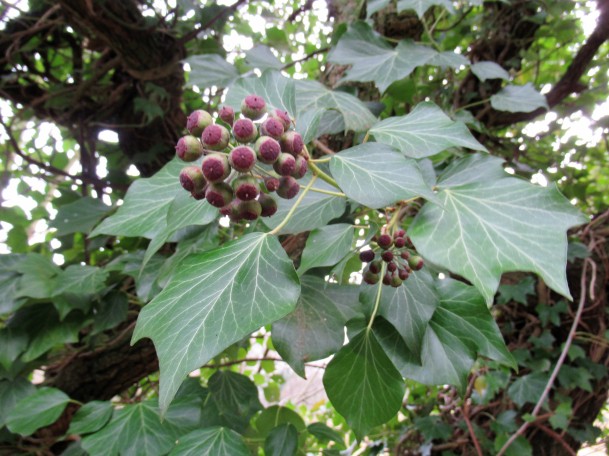 And still the skeleton trees revealed the underside of their world. The wriggling, squiggling tangle, or upright-poker-thrusting cage of twigs and branches. 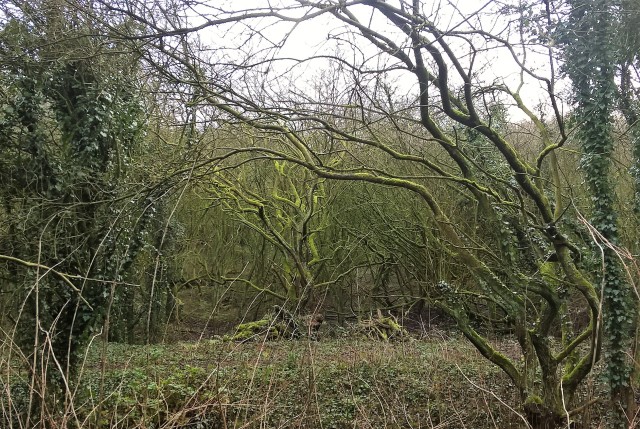 I walked quickly, shrugged, told myself the grass would grow again, the tree stumps would weather.

Birds and beasts would enjoy the decaying timber, fungi colonise damp stumps. Dung beetles, earthworms and centipedes would do their vital recycling.

And what goes around would come around. Even if never to be the same again.

Sanguine, I went on my way.

Fast forward to Monday, when I go back.

A human is my first encounter.

A tall man, with hands full of seed, is feeding web-footed ones. Mud and a very deep puddle bring us unavoidably face to face, but it’s always a friendly walk.

‘What beautiful black ducks,’ I say, meaning it. All black, with the petrol sheen that feathers sometimes have, iridescent green and blue. But black. 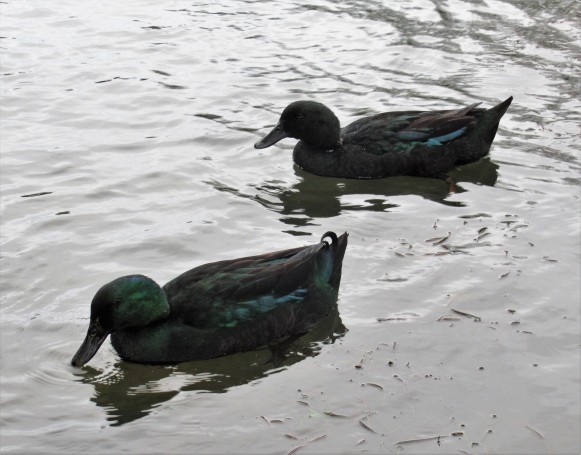 ‘I’m looking for the robin,’ says the man. ‘Been looking all the way round. Haven’t seen the robin at all today.’

I wish him luck – he has a lovely smile – and walk on.

A dog on a lead chases a squirrel round a tree trunk. Its owner untangles herself by walking the other way, as if slow-dancing round a maypole.

‘He wants to catch the squirrels,’ she says.

That much is obvious. She has a nice face, we exchange a few words. And I march on, to the other pond.

I suspect there has been some wind damage in our storms, but it’s still a sad sight

Then I see a shower of gold. A cascade of skinny catkins shining despite the subdued light.

And on I go till I reach the spot in the pond where the stump sticks up.

And there it is.

It sits on its perch, way out in the pond. Patient. So still it looks like a sculpture from the perspective of the path. 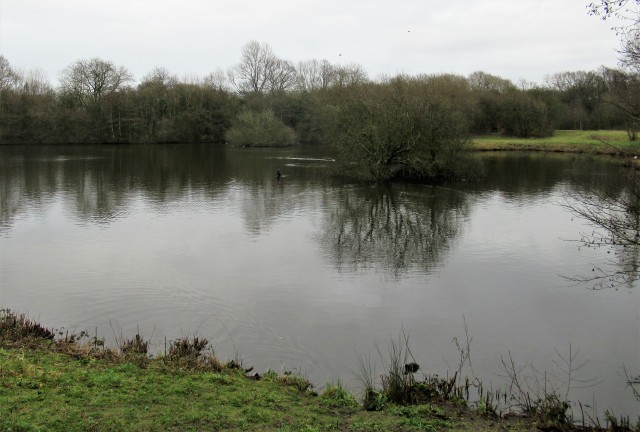 The cormorant is out there, look closely

A few strides more and the path comes to an end. I turn. The woman with the dog is approaching.

‘Has he caught any squirrels yet?’ I ask.

She doesn’t remember me.

‘Have you tried feeding t’robin?’ she says.

‘Oh you should, down by t’gate, just hold out your hand with some seeds. It’ll come, in time.’

On I stride, towards the other pond, diverting to look at the bulrushes.

By the time I cross the path to the other pond I can hear a reverberating bang, bang, bang. The sound of logs being thrown into a trailer.

But there’s a low growl in the air that I recognise.

It’s like being under a massive furnace, invisible flames roaring and pounding, compressing the air.

The hellish noise recedes, then returns.

British Aerospace’s Warton plant is not far way – by warplane standards. There the Eurofighter Typhoon jets are flight-tested.

Seen and heard at close quarters – as we do at annual airshows here – the Typhoon booms and roars, spewing fire from its rear end as it makes a vertical climb into the sky. Earth-shaking, deafening, it terrifies dogs – and me. All sensitive things.

You can hear the noise the engines make, then see a vertical climb, from about 40 seconds into this video:

Today, unseen amid the low-lying thick grey cloud, the Typhoon is soon gone.

Ducks and moorhens, coots and geese that flew for cover under the demonic storm, paddle back out as if nothing has happened.

Nature – and humans. Are we compatible?

I wonder. Perhaps one day Mother Nature will say, enough. You had your turn.

And peace will descend on the Earth, for a while. Till some other species fails to learn that fighting is far from fun. That kindness is better than fear. That trust is not always misplaced.

But winter exists for a reason. And with each spring we are given another chance.

A metaphor for winter. As I stood staring into this little pond, a woman came over, with dog in tow, of course. ‘Is there anything in there?’ she asked. ‘That dark stuff is growing,’ I said. It wasn’t the kind of thing she wanted to hear. No frog spawn, no newts, not even any water boatmen. She left bemused. But that growth is magical, I think

12 Responses to Of birds and ponds, of war and peace