Posted on February 26, 2018 by memoirsofahusk

When, in 2004, we moved up north to Liverpool, we bought a house in complete ignorance of the district’s main attraction: ten minutes’ walk from our front door was a long, sandy beach.

I knew the land came to an end not terribly far from our road, but in my imagination the shoreline was merely a muddy – possibly smelly – estuary.

It wasn’t. It was sand. Golden, glorious sand.

Which , soon after we moved in, was invaded by a load of naked men. Iron Men. An installation called ‘Another Place’ by sculptor Anthony Gormley (a favourite subject of  photographer Ron Davies who blogs as Traveller’s Light ).

And they were soon followed by wind turbines – which I happen to like.

We loved the Iron Men – and the views to North Wales. On really clear days we could see Snowdonia and another distant wind farm off Great Orme.

And the beach was ideal for spotting passing tall ships whenever they visited for Liverpool’s maritime festivals. 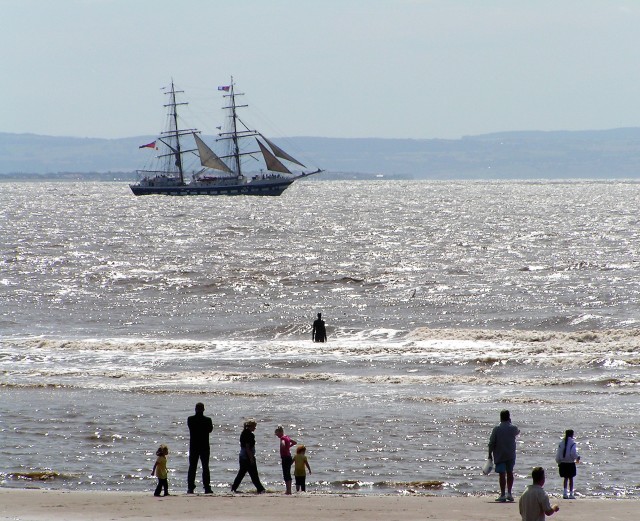 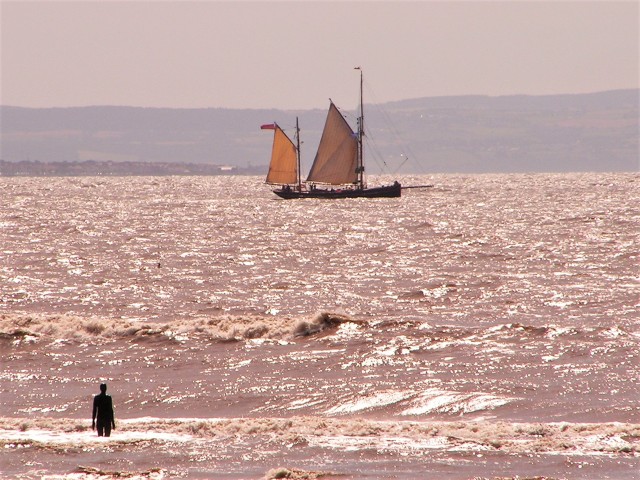 And then we moved. Ten miles up the coast.

This time there were no misconceptions about the beaches. This is our nearest, taken just after the tide had gone out on a windy, wintry day last month:

We knew our house nestled snug as a bug in the ‘rough,’ between two greens of a golf course. And we knew the course was one of three in the immediate area, the most famous being Royal Birkdale, where the British Open was held in 2017.

Less than a mile up the road, we knew there was a hillock called the Round Hill and a patch of green where local dogs walked their humans.

And we knew the whole coast was designated a Site of Special Scientific Interest, being home to a few rare plants, such as Dune Helleborine, and rare creatures like Natterjack Toads.

So, we also knew the land was safe from predatory developer. For now, at least.

In the four years since we’ve been here we had no idea that, within walking distance up the road,  to one side of  the ‘Round Hill,’ is a hidden gem. A new ‘charm’ to add to my metaphorical bracelet of places treasured for solitary walking and pondering, for observing nature in all its mysterious ways.

For this gift of a new place to walk, we have Olly, the dog next door – and Carole and John, the humans he walks – to thank.

We set out for our first trip, bundled in cold weather gear, on Sunday, not long before noon.

The morning was frosty and calm. Outrageously sunny – and impossibly-deep-blue-skied.

For an hour and a quarter we tromped, amazed. Returned mentally revivified, the world and its woes back in their context.

I hope you’ll enjoy our sunny Sunday stroll on England’s north west coast. The sand dunes and stunning, sun-wakened trees. The beautiful ponds (called slacks) which lie between some of the dunes. And dogs. Like George. A transient friend.

I’m not writing the walk, but posting the pictures.

And if you read my last post, I should warn you, the rant’s still pending, you haven’t escaped. It’s written. Lurking…

But for now – have some sun and blue skies. 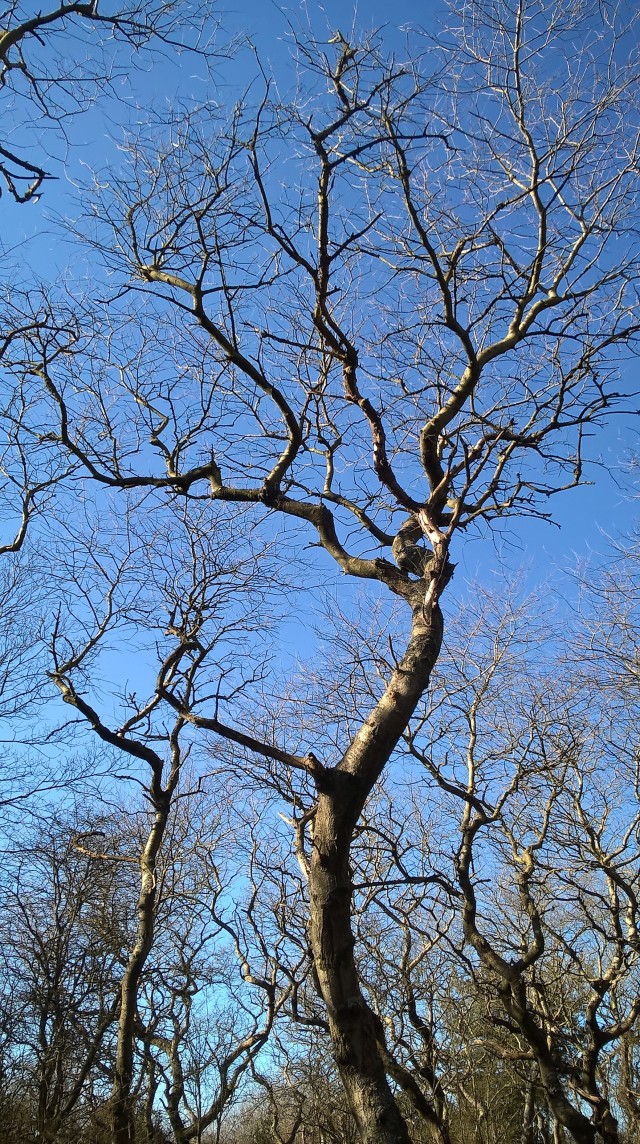 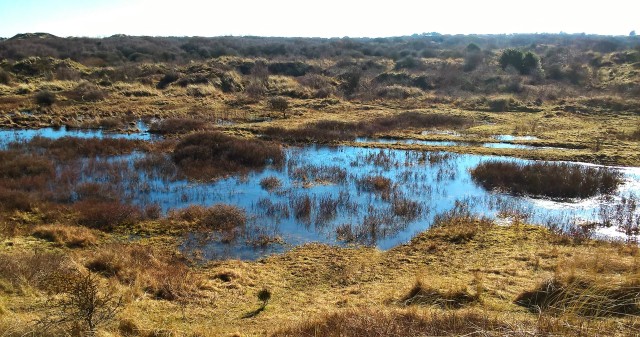 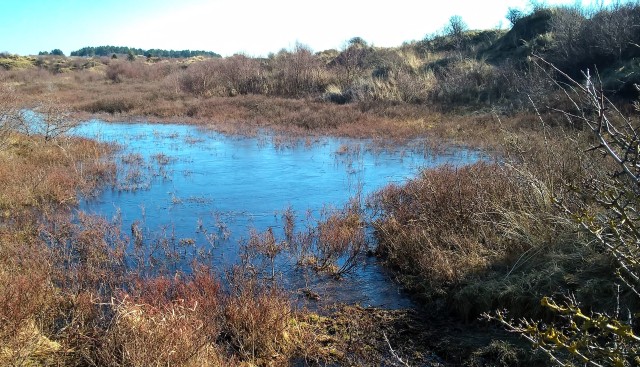 This one was completely frozen even at midday 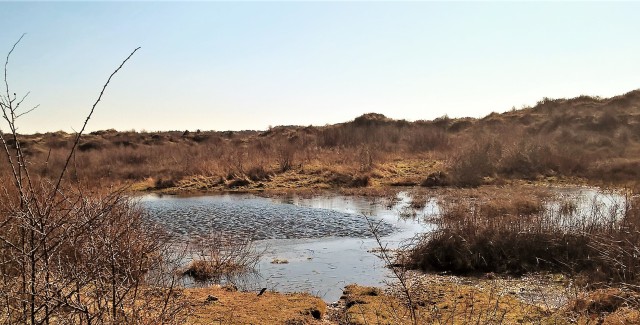 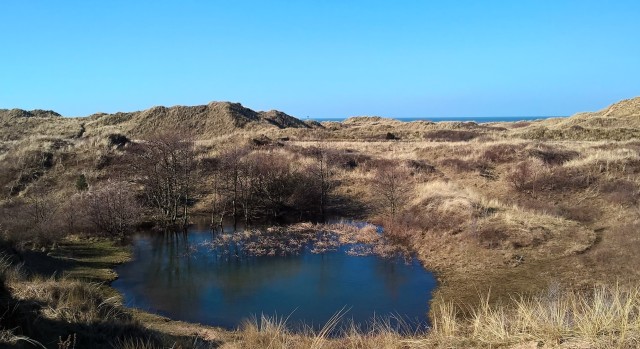 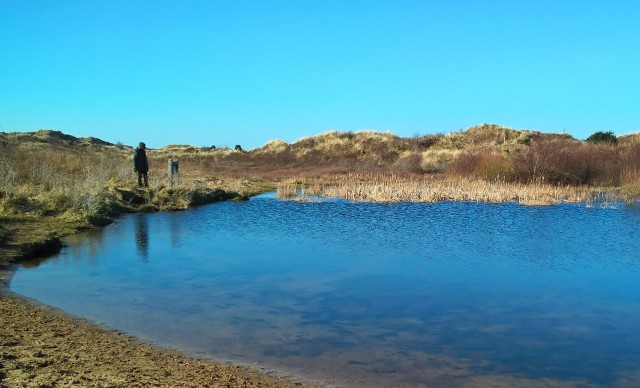 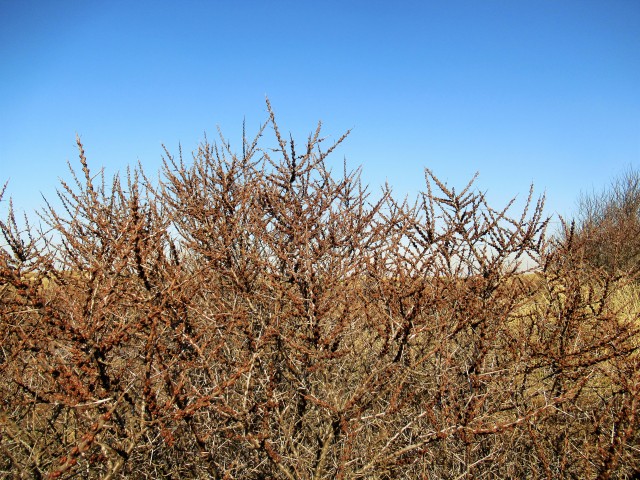 Budding amid the thorns 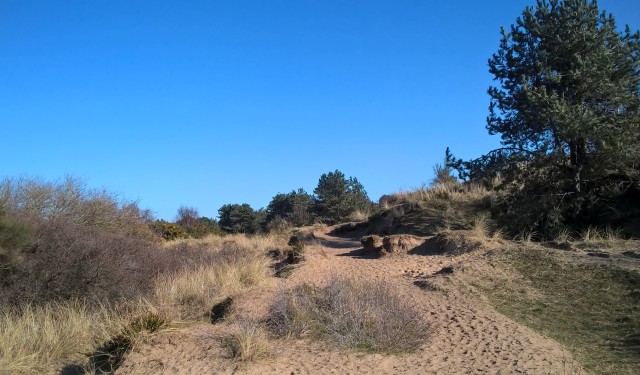 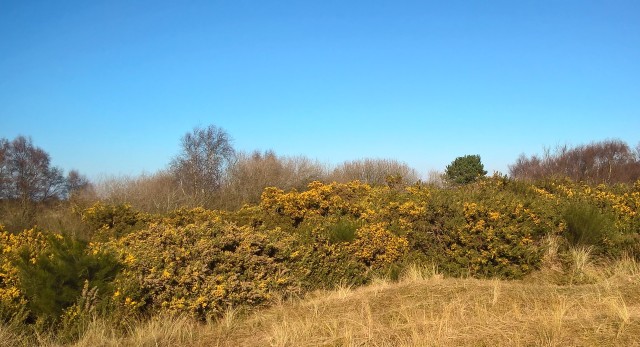 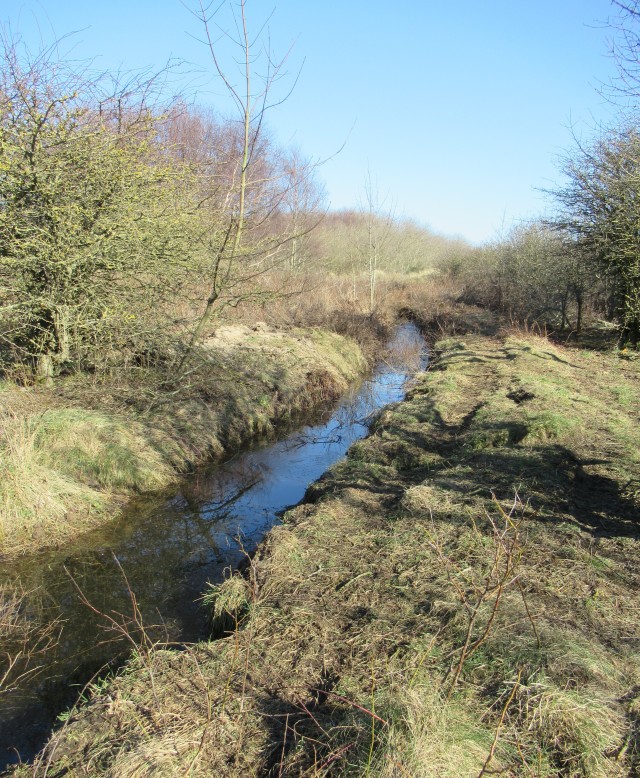 Looks like a stream but a drainage ditch I presume? Not what I expected to find amid sand dunes 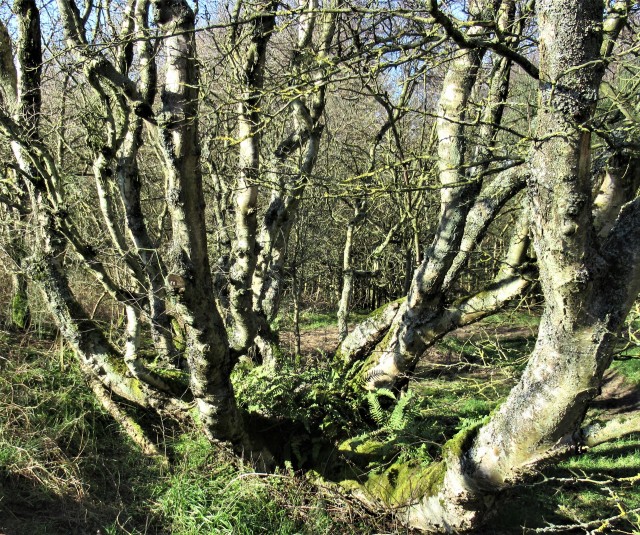 Titania and her fairies might like his bower of ferns and mosses between the several trunks of a sprawling tree. At midsummer, of course. 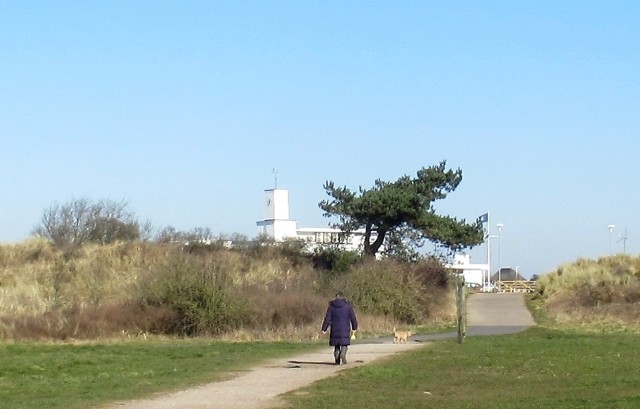 George the dog and his human in front of Royal Birkdale club house. George, once introduced, adopted us as extended family for the rest of our walk. Had to crop the pic hard so not great quality but I thought he deserved to put in an appearance 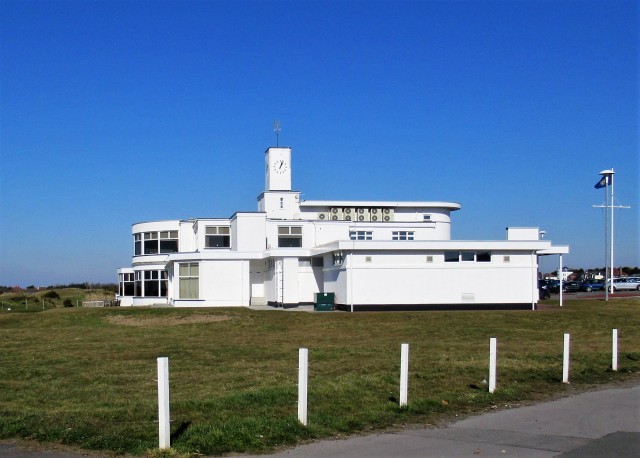 Despite my instinctive aversion to all things golf, I love the simple ‘1930s aerodrome’ style, like something out of Agatha Christie, of famed Royal Birkdale, which, along with Hillside, frames this treasure trove of nature. This is, I must add its plain back side 😉

20 Responses to Slacks, golf – and George