In which we don’t travel on the Hogwarts express

Posted on September 16, 2014 by memoirsofahusk

‘But I just heard a whistle.’

And there’s a very good reason why we can’t see any smoke.

One weekend a year – yes, just ONE weekend a year, this weekend, the one we are in – the North Yorkshire Moors Railway shunts away its steam engines and holds a diesel gala.

By this time I have bought the tickets.

And I am – to put it mildly – disappointed.

A minute ago I was lapping up the sights and sounds of a vanished world, waiting for our train to whisk us away, chuffing and huffing and puffing up the steep valleys.

We are in England, after all.

The café is run by women of a certain age and – by ’eck – the scones look good.

They are. Hefty, lumpen wodges of currant and raisin and sultana, bound in a floury mixture – and fresh from a spell in the oven. Spread with butter and washed down with the perfect brew.

By the time the train arrives we’re both recovering nicely.

Amazing what a nice cup of tea and a sit-down will do. 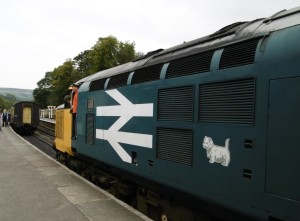 The diesel rushes in like a demon, exhaling poisonous vapours. 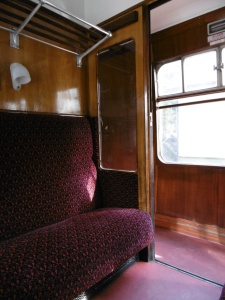 Before we know it we’re excited. Climb into a carriage of individual compartments, pull the door to and settle in, on well-sprung seats, for a ride back in time.

We’ve opted for tickets that take us one stop beyond our real goal.

We decided we should take a look at the place where the engines are tended and cared for, where the real contemporary railway meets the fantasy recreation of yesteryear.

This turns out to be a good move. 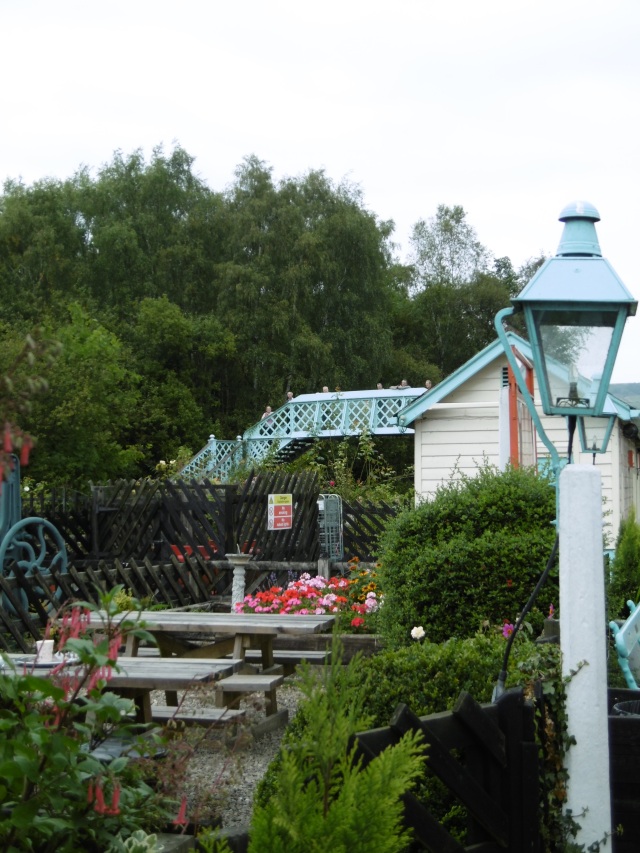 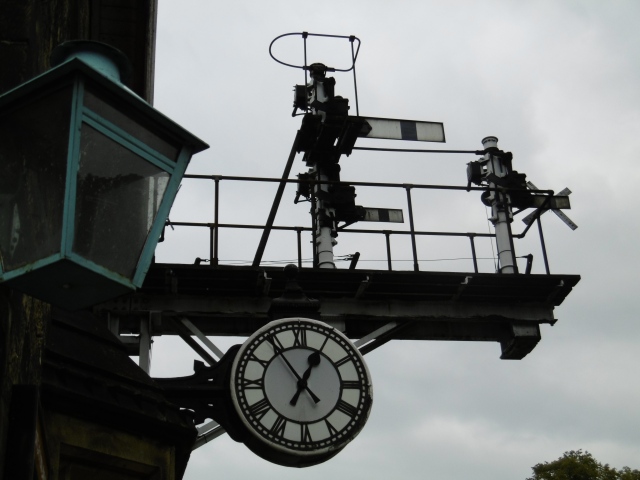 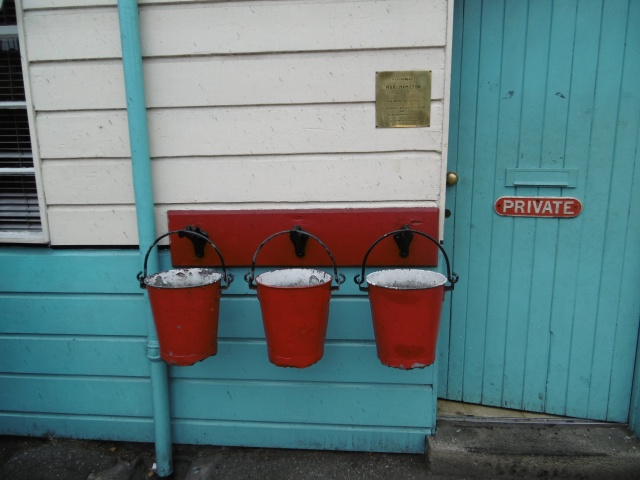 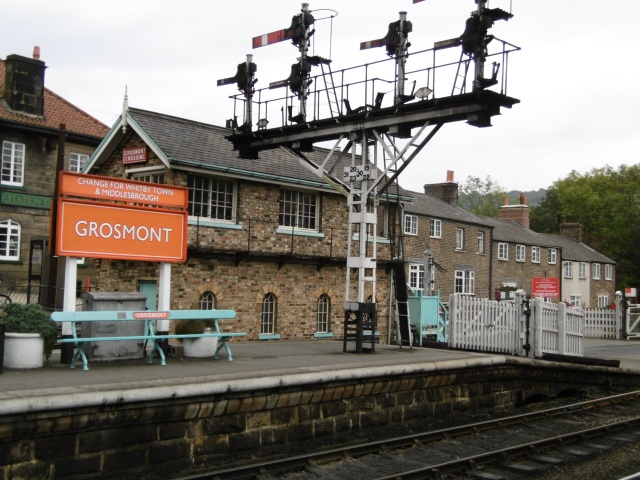 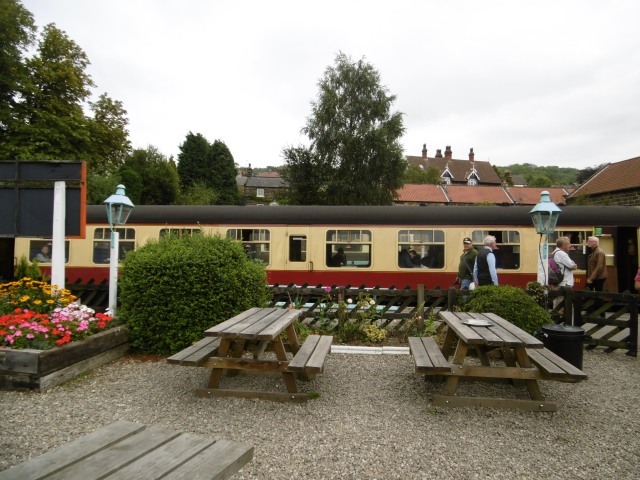 Men in smart caps wear suits with silver-buttoned waistcoats, white shirts and ties, wave coloured flags. Blow piercing bursts on their whistles as trains chug in – and then chug out again.

Within minutes of arriving we’re hooked.

A clutter of cameras is trained on a new diesel coming in. Mine included. Unlike everyone else I have no idea what vintage engine it is that I’m recording with my megapixels. But – shh – don’t tell – I am impressed by it.

We decide to pass on that Yorkshire speciality, pie and peas – and live to regret it. When we return to the next stop back down the line, a place called Goathland, we end up resorting to a ham sandwich. 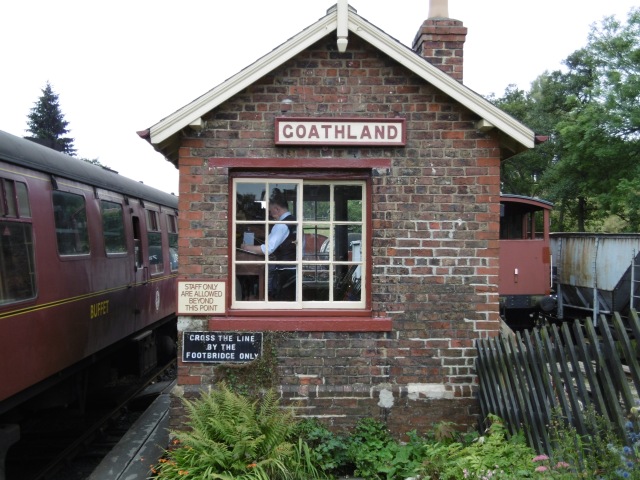 Goathland is meant to be a very special place. And though we try, we just don’t feel the magic. But maybe during term time this most elusive of stations has to put on an ordinary face. You see, this is the stop for Hogwarts School. 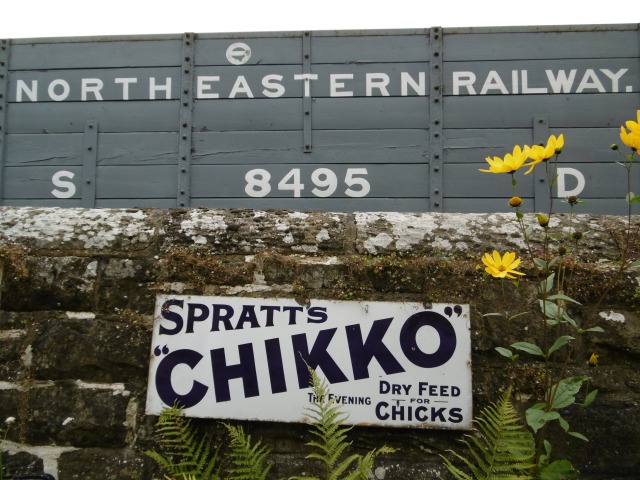 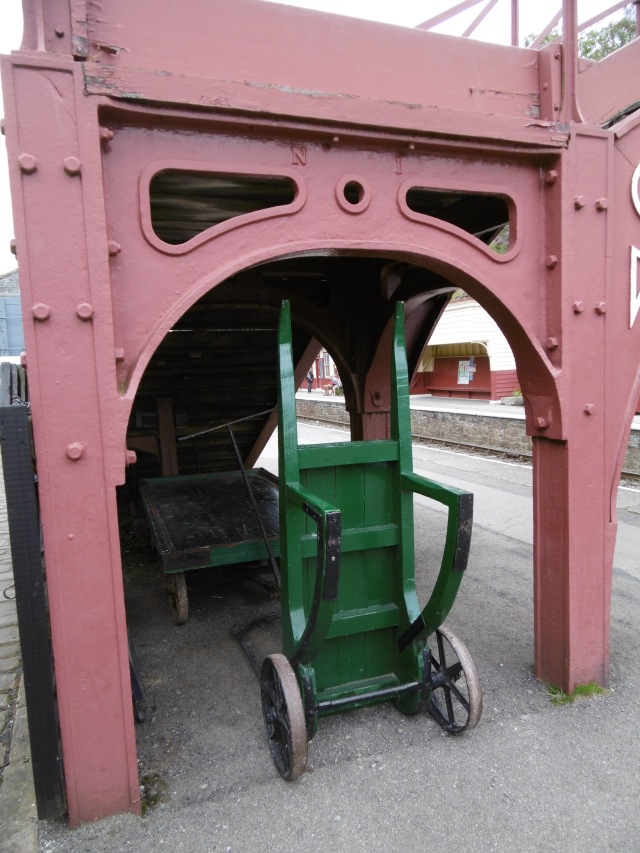 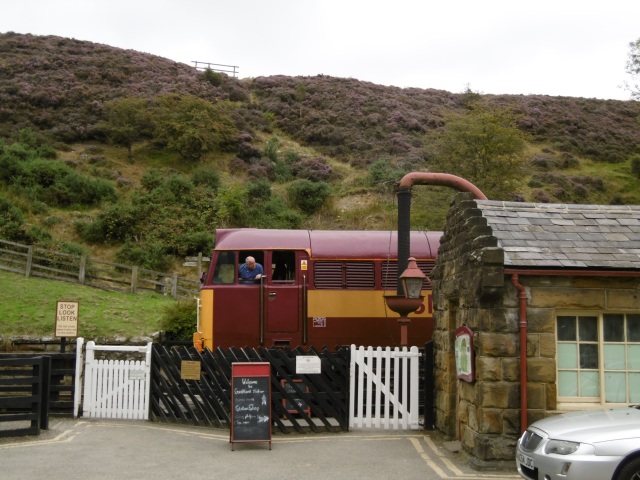 There’s one little giveaway, way above the kitchen. An owl.

But there’s not a wizard in sight. 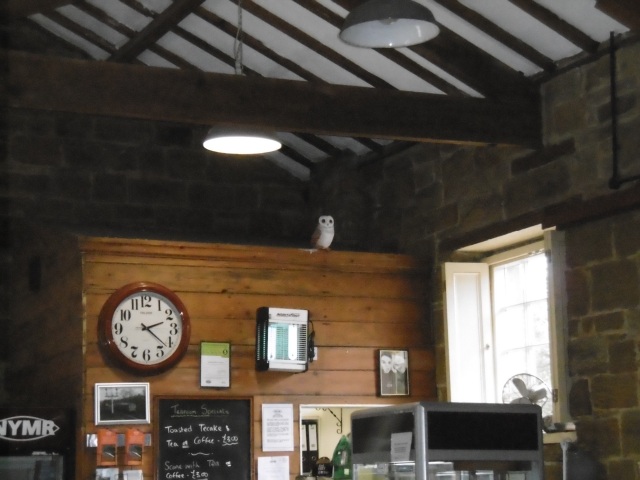 One more cup of muggle tea and our (really quite good) sandwiches later, we step out onto the platform hoping for a train pulling the wooden carriages we spied earlier.

We’re lucky. Heading back down the valley we’re ensconced in splendour in a 1930s coach. Built from wood, with solidly upholstered chairs and leather arms, it has oval mirrors on the walls and connecting doors that Hercule Poirot would have coveted. 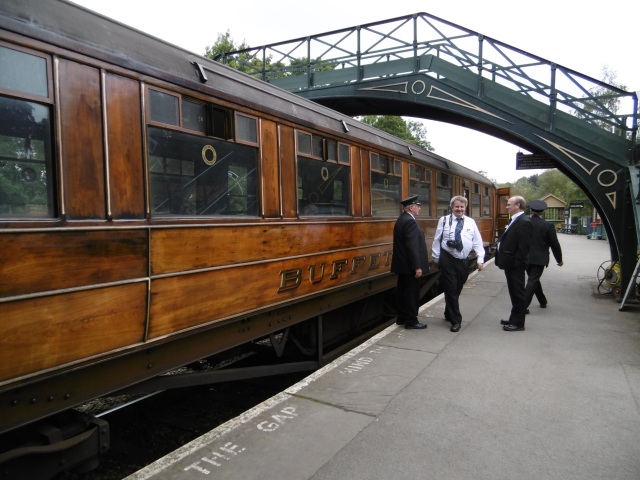 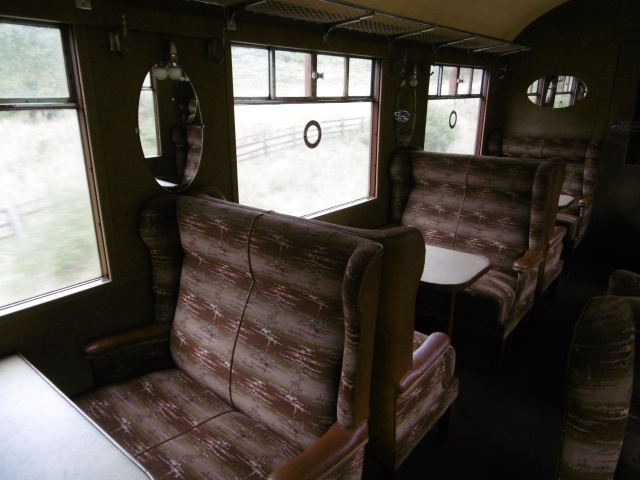 We decide to spend the last few minutes in the old wooden buffet car, decorated in an unusual shade of blue.

The tea urn stands resplendent – but out of service – over the counter. 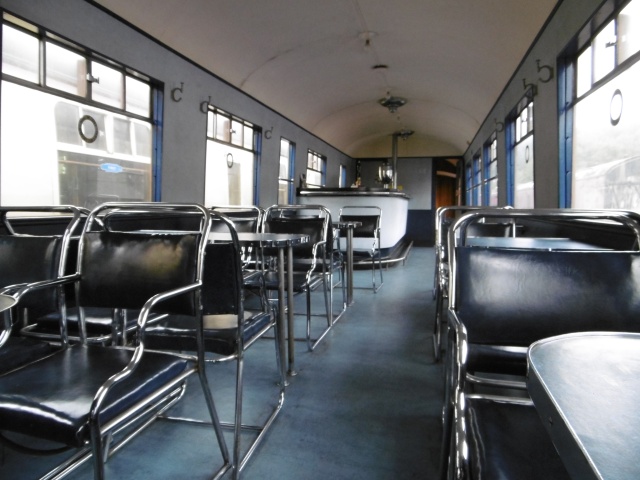 The chairs, free-standing silver and blue, speak of a very different time, when ‘health and safety’ was just three words.

When travelling was simply like sitting at home, or in a restaurant or hotel lounge, but moving. An experience.

Aye. It were a grand day out, after all. 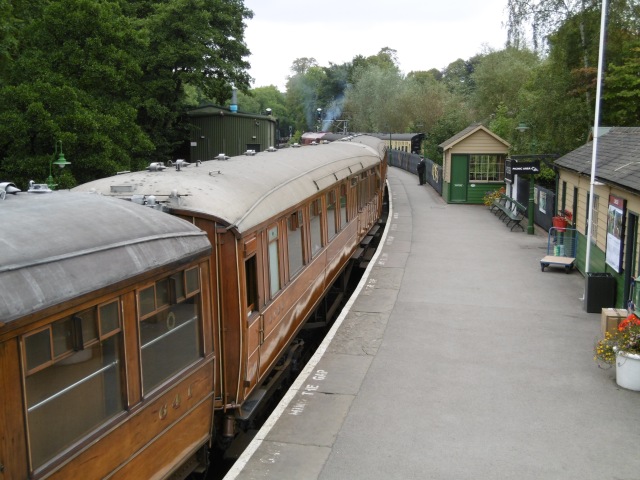