Posted on September 29, 2018 by memoirsofahusk

Pull the curtains and it’s blue out there. Cold, but blue.

Sleeping upstairs, in the snug, on the sofabed, as the Prof (in his ‘Tex’ incarnation) is away yet again. The view’s gorgeous in autumn from the snug. And not only is the television in there, it’s right next door to the kitchen.

One pot of Rwanda tea pours the first of three – maybe four – cups.

Two veggie sausages, languishing in the freezer,  pop in the oven.  (I’m tired of porridge.)

Two and a half tomatoes ripe for roasting, ditto (one of few benefits to solitary catering – I like them for breakfast, Tex doesn’t).

And a nasty shock when I look out of the window.

The golf course chaps were here yesterday and  I waited until they’d finished – or so I thought – before I went out.

But what fresh hell is this?*

A heap of strimmed undergrowth where the fairy performance space used to be (or the fox, more probably) and … Rudolf has vanished!

They were supposed to be taking out silver poplars, which spread via suckers, grow like fury and will colonise the earth bringing death to all foundations.

We (aka Tex-Prof) took out half a dozen from right beneath our wall. So the golf club men were doing us a favour. But last time, they left Rudolf standing. King of all he surveyed, in solitary stately splendour.

So where is the poor creature?

It’s no good, the morning’s soothing balm has been wet-wiped away.

Sit at my desk for an hour and a half trying to sort out my website* forgetting I’m still wrapped in a bath towel.

And it’s almost 11.00. And I said I would see a friend who works at a woodland Nature Reserve on Saturdays. Saturday mornings.

I leave the house. Lock the two doors.

Forget something. Go back. Unlock the two doors.

Repeat the locking and leaving. Set off for the car, put everything in (2 cameras, phone, water bottle, purse, notebooks, reading material [the novel I should be editing plus depressing stuff about the Doomsday Clock], pens, tissues, brush, lipsalve – oh, plus eyedrops and spare glasses as I’m wearing contacts).

I can’t leave without finding out. Unlock the two locked doors AGAIN. Fetch the key, open the gate. Rummage through heaps of dead bramble cuttings.

Find his body with only two legs.

Lay them out on the paving stones.

I couldn’t find his antlers 😦

And, finally, set off.

Arrive around noon. The weather newly brrr-cold and cloudy.

That’s when the fungus takes matters into its own hands. Or spores, I suppose, not hands.

The half-hour walk takes an hour. 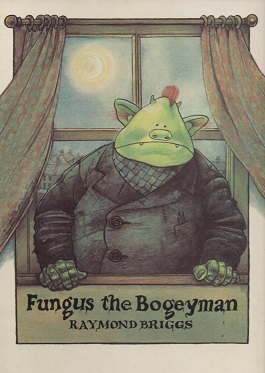 I set out in a dingy mood. But at the first sighting I’m won. Lost to the delights of fungus, smiling at fond memories of green snot and Fungus the Bogeyman.

Now, it so happens we are going on a walk with a fungus expert in two weeks’ time. So you might imagine I’d wait to share images till I knew what they actually were.

But here’s the thing about me and blogging. And – for those of you who ever want to do your own PR or excite a journalist about a story – the same is true for many journalists.

The sentence almost guaranteed to kill interest in a story is: ‘this would make a good story.’

Or, even worse, ‘I’d  like you to write this in your article.’

Or, ‘this is fascinating, are you going to write about it?’

So, without further ado, I’m going to share some of the images.

And totally out of context (and specially for fellow blogger Karen at https://philosophermouseofthehedge.wordpress.com/) a very different fungus:

An old image from Zambia. One of the metre-wide mushrooms that small antelopes shelter under that are a speciality of the northern region in the rainy season. Check out the little baby behind the mum’s back. Women stand by the side of the road selling these and bowls of red chanterelles.

I’m not on good blogging form, too many things telling me they’re more important. And a world so incredible (and often not in a good way) I don’t know where to begin.

One day, no doubt, some of it will come out.

You have been warned.

By the way,  my friend waited for me, she’s kind like that (even though Barney, her dog was itching for his walk).

And the clouds dispersed.

And the sun took over.

And I’m sitting at my desk again. Cold again.

Ready for another cup of tea.

*Remember this asterisk? The website is still working, if you are desperate for a copy of A Little Match Girl it’s  http://www.cosiandveyn.co.uk – though if you want to wait a while longer I may start sending out individual copies in red envelopes instead of brown. We’ll see, when they arrive…

24 Responses to No bogeymen